Property Location
Located in Malta, Fairfield Inn & Suites by Marriott Saratoga Malta is close to Albany Saratoga Speedway and Round Lake. This hotel is within the vicinity of Brookside Museum and Saratoga Lake.

Rooms
Make yourself at home in one of the 114 air-conditioned rooms featuring refrigerators and microwaves. Complimentary wired and wireless Internet access keeps you connected, and cable programming provides entertainment. Private bathrooms with shower/tub combinations feature complimentary toiletries and hair dryers. Conveniences include laptop-compatible safes and desks, as well as phones with free local calls.

Amenities
Head straight for the casino, or wait for that lucky feeling while you enjoy one of the other recreational opportunities, such as an indoor pool and a fitness center. Additional features at this hotel include complimentary wireless Internet access, a fireplace in the lobby, and a picnic area.

Business, Other Amenities
Featured amenities include a business center, express check-out, and complimentary newspapers in the lobby. Free self parking is available onsite. 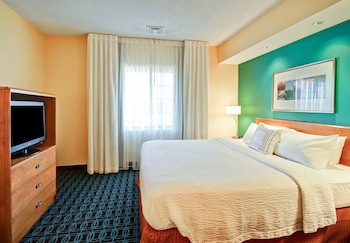