10 Interesting Facts That You Probably Didn’t Know About Sydney, Australia

There’s a lot to love about Australia, especially Sydney. This beautiful city has so much to offer, from its world-famous harbor to the stunning natural scenery of the Blue Mountains, to its thriving arts, culture, and nightlife scenes. It’s no wonder that Sydney is one of the most sought-after places to live in the world.

With more than 5 million people living in the Sydney metropolitan region, there’s a lot of history and culture to be found in this bustling city on the coast. Even if you’re not Australian, you’ll fall in love with Sydney as soon as you set eyes on the city’s iconic landmarks, including the Sydney Opera House, the Harbour Bridge, and Bondi beach.

To further your appreciation for this one-of-a-kind destination, here are ten interesting facts that illustrate just how special Sydney is: 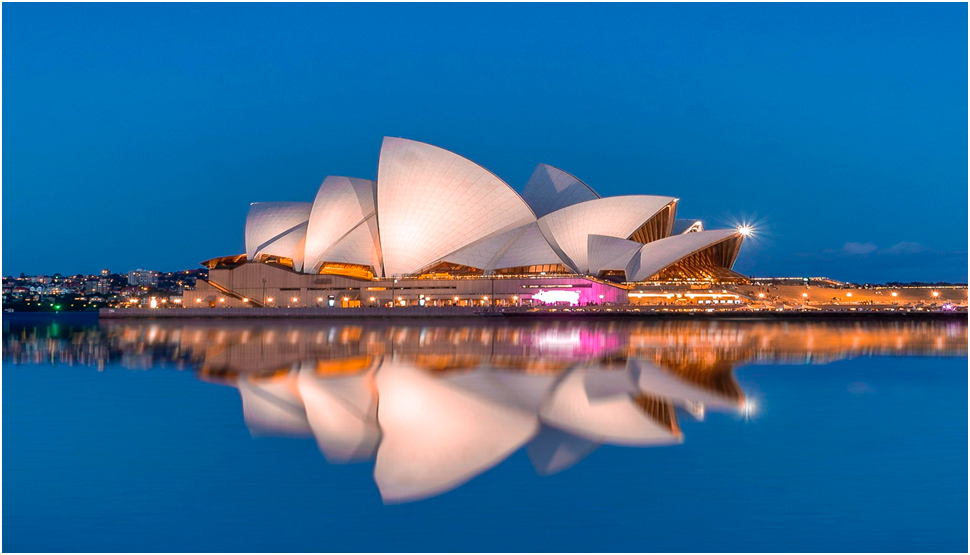 1. The Magic Of Vivid Sydney

One of the most spectacular annual events in Sydney is Vivid Sydney, a festival of lights. Held from May to June, the Sydney Opera House and the Sydney Harbour Bridge are turned into light art for visitors and “Sydneysiders” - a nickname for Sydney locals - to enjoy. The festival also includes illuminated koala bears attached to tree trunks, stepping stones that light up, and more.

When it comes to the best beaches around Sydney, it’s hard to know where to begin. Choose from over 100 beaches around the city to enjoy adventurous water sports including surfing, diving, kayaking, stand-up paddle boarding, and jet-boat rides!

3. One Of The Tallest Steel Arch Bridges In The World

The Sydney Harbour Bridge is one of the longest steel arch bridges in the world, spanning about 1650 feet, which is especially impressive considering it was built in the 1930s. Today, the bridge carries eight traffic lanes, rail tracks, a pedestrian walkway, a bicycle path, and a set of stairs to the center of the arch.

4. Sydney Is A Multicultural Hub

Sydney is one of the most global cities in the world. Over one-third of its population was born overseas and around half of Sydney’s citizens are first and second-generation immigrants. The western suburbs are particularly diverse. For example, in Parramatta - a city that belongs to the Greater Sydney area - 50 percent of its population speaks a language other than English.

The Sydney Opera House is one of the most well-known buildings in the world. The building was designed by Jorn Utzon, a Danish architect, and was finally completed in 1973, after sixteen years of construction, at a cost of over $100 million dollars! This iconic landmark is one of the world’s premier performing arts venues and it defines the Sydney skyline.

Fun fact: 15,500 light bulbs are changed every year at the Sydney Opera House because of its massive size!

The Sydney Tower Eye - often referred to by Sydneysiders as Sydney Tower - has been an integral part f the famous Sydney skyline for the past 30 years. The world-famous Sydney Tower is 1,014 feet tall and the second-highest observation tower in the Southern hemisphere. On top of this mesmerizing structure is a revolving restaurant, making it an exhilarating place to dine.

7. Sydney Is The First Major City To See The New Year

Another fun fact about Sydney is that due to its location near the International Date Line, Sydney is always the first major city in the world to see in the New Year. Sydney is famous for its incredible New Year’s fireworks show that lights up the night and lasts for 85 minutes. In fact, it’s so well-known that over a billion people across the globe gather around their televisions each year to watch it.

8. Biggest Natural Harbor In The World

Sydney Harbour is also the world’s largest natural harbor. The harbor has a single entrance and covers an area of 11 miles. Due to its size, many animals and ocean creatures call Sydney Harbour home, including grey nurse sharks, weedy seadragons, Australian fur seals, bottlenose dolphins, and green sea turtles.

9. Why Are The Blue Mountains Blue?

“Sculpture by the Sea, Bondi" was established in 1997 and is the world’s largest free, public sculpture exhibition with over 100 sculptures by artists from across the world. In late October, the city of Sydney transforms the spectacular 1.2-mile Bondi beach to Coogee walk into a temporary sculpture park for all to enjoy.

Sydney is the first stop on many Australian itineraries, and for good reasons. It’s an inviting blend of exhilarating and easygoing activities, and the excitement of the city is balanced with beautiful beaches. Sydney, Australia has been blessed with many spectacular landmarks including its scenery and frequent sunny days — all of which make it one of the most exciting cities on Earth.

From the iconic Opera House to the majestic Harbour Bridge, there are lots of reasons to visit Sydney. Guest ReservationsTM is here to help you find the best stays for your adventure. As inspiration, check out the top hotel destinations in Sydney, Australia.