Best Neighborhoods To Stay In Chicago 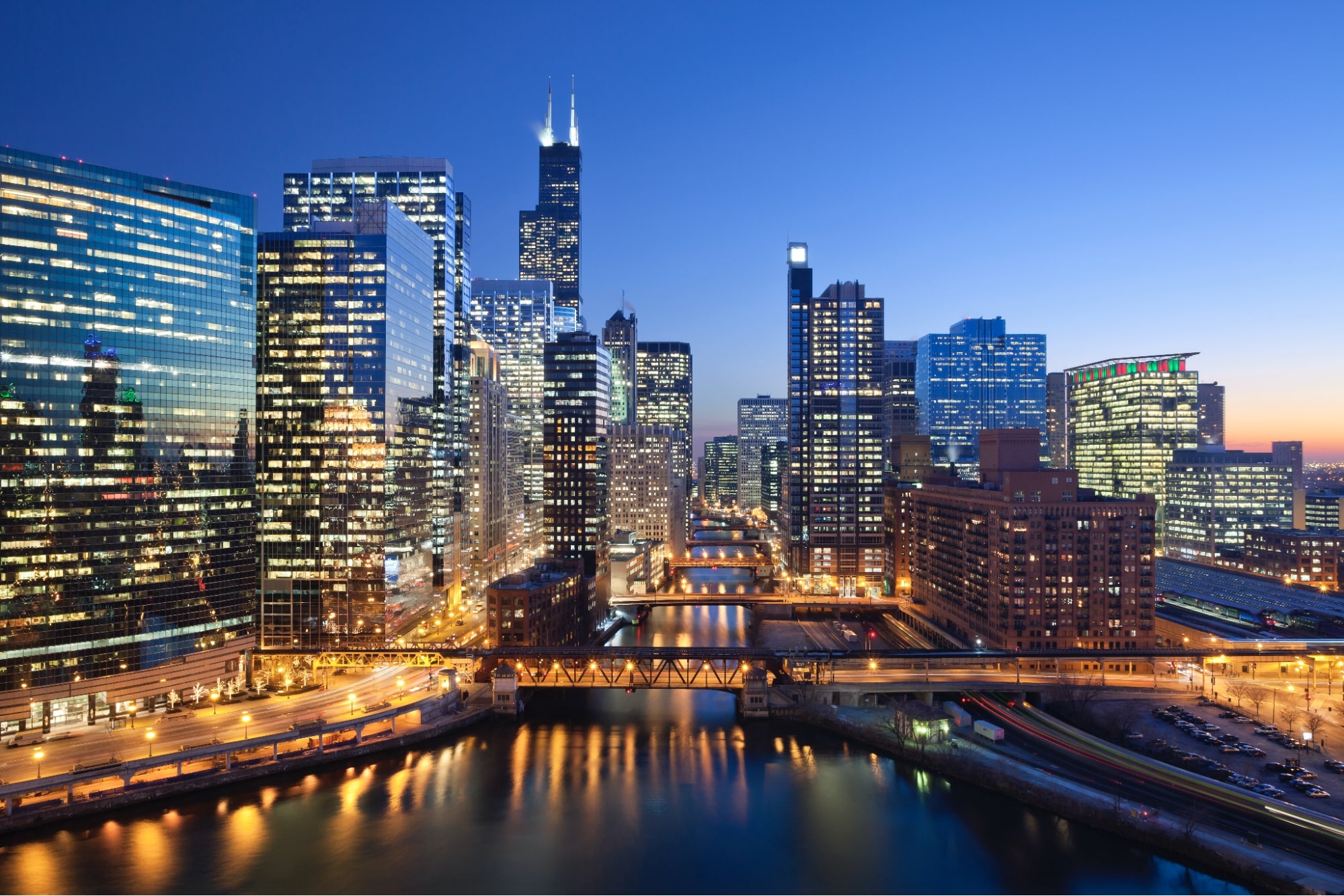 There are more than 200 neighborhoods scattered across Chicago’s 234 square miles. Together they comprise one of America’s great cities. Thanks to its centralized location, Chicago is a strategic hub for trains, planes, and ships crossing the country and traversing the globe. It is an urban oasis for the arts and culture, as well as architecture and entertainment.

Why is Chicago Such a Great Vacation Destination?

At the Willis Tower, step out on a glass ledge more than 1300 feet above the ground below. Millennium Park’s Cloud Gate is also known as “The Bean.” Get a memorable selfie at this reflective stainless-steel sculpture.

Food lovers savor entrees of every conceivable ethnic source. Neighborhood names like Greektown and Chinatown hint at the delectable dishes served there.

Here are ten of the best neighborhoods in Chicago for visitors.

The Loop is the very heart of Chicago, and its pulse beats nonstop. It is the home of the Art Institute, the nation’s second-largest art museum. The Theatre District is the place to go for off-Broadway plays, comedy acts, symphony, opera, and much more. There’s shopping along State Street and dining at award-winning restaurants.

The very name of this neighborhood speaks to its idyllic location along Lake Michigan. It’s a tranquil, affluent residential oasis amid all the urban hustle and bustle. Visitors enjoy a tantalizing mix of historic architecture, exclusive boutiques, and upscale restaurants

The Magnificent Mile is a section of Michigan Avenue north of the Chicago River. It is an iconic shopping destination, with many prestigious brands maintaining a presence here. The John Hancock Tower has an observation deck more than a thousand feet above street level. TILT is a thrill ride like no other.

Streeterville extends from the Magnificent Mile to the lakefront. The 200-foot Centennial Wheel at Navy Pier is a popular destination. Concerts, festivals, and weekly fireworks fill Navy Pier’s summer schedule. Those who love the outdoors also head to Ohio Street Beach and the Lakefront Trail.

River North straddles the Chicago River north of the Loop and west of Streeterville. The Merchandise Mart is a well-known landmark. River North positively pulsates with nightlife, and the arts scene is vibrant as well. Stroll along the Riverwalk or consider a tour via water taxi.

The Lincoln Park neighborhood delivers vibrant nightlife while maintaining its residential feel. It is rightly named after Lincoln Park, one of the city’s largest and most scenic green spaces. Hike the trails or stroll through the gardens. The Lincoln Park Zoo is one of the oldest free zoos in the country.

Wrigleyville is known for its casual atmosphere and eclectic entertainment scene. Chicago Cubs home games at Wrigley Field are a major staple for local sports fans.

Clark Street and State Street run north-south through this vibrant neighborhood west of Grant Park. The Field Museum, Shedd Aquarium, and Adler Planetarium are within walking distance of one another. Soldier Field, home of the NFL’s Chicago Bears, lies just to the south.

Printers Row derives its name from the major companies that once made it the hub of printing in the Midwest. The neighborhood is just south of Chicago’s Loop. The area’s energy is due in part to the many college students who attend nearby schools. Lit Fest is a June literary festival held along Dearborn Street.

The University of Chicago anchors this southside neighborhood. It is home to the Oriental Institute, Stagg Field and Frank Lloyd Wright’s Robie House. This neighborhood comes highly recommended by former President Barack Obama. His family has a home on Greenwood Avenue. Just to the east of Hyde Park is the renowned Museum of Science and Industry.

Where to Stay When Visiting Chicago

The 339-room, five-star The Peninsula is just west of the Magnificent Mile. Pillowtop beds and down comforters welcome guests after a day of exploring the city. The Museum of Contemporary Art and Northwestern University are close by.

The Langham offers 316 guest accommodations immediately west of the historic Wrigley Building. Standard rooms average more than 500 square feet, some of the largest in the city. Chuan Spa is an oasis of tranquility amid the excitement of the city.

The Four Seasons offers luxurious suites with separate bedrooms, living rooms, and kitchenettes. You’ll find this five-star hotel west of the Magnificent Mile near Loyola and Northwestern Universities. It is steps away from the John Hancock Tower.

The Thompson is set amid the historic mansions of Chicago’s Gold Coast. Guests at this award-winning hotel enjoy upscale accommodations and desirable amenities. Guests are close to Rush Street’s vibrant entertainment and nightlife.

The Park Hyatt is perfectly situated in the heart of Chicago’s Magnificent Mile. This five-star hotel is close to the iconic Chicago Water Tower and Loyola’s Museum of Art. Browse the shops along Michigan Avenue or explore the 100 stores at Water Tower Place.

Guests who stay at the Sophy Hyde Park are close to the world-renowned University of Chicago. Explore campus destinations like Frank Lloyd Wright’s Robie House and the Oriental House. The Museum of Science and Industry is only minutes to the east.

Loews Chicago is just north of the Chicago River and south of Northwestern University. This 4.5-star hotel offers 400 updated rooms, many with excellent river and skyline views. It is two blocks east of Michigan Avenue, near the Riverwalk and the Tribune Tower.

The Hotel Zachary is a 173-room boutique hotel immediately west of Wrigley Field, home of the Cubs. It is named after the original architect of the baseball stadium. Belmont Harbor and the 9-hole Marovitz Golf Course are minutes to the east.

The Hotel Lincoln offers a vintage vibe in a central Old Town location. East-facing rooms on higher floors offer memorable views of Lake Michigan. Lincoln Park and its famous zoo are across the street. Wrigley Field is nearby.

Guest ReservationsTM is an independent travel network offering more than 100,000 hotels worldwide. Check out any of the Chicago accommodations noted above, or browse all of our hotels in Chicago, IL