Enjoy Macy’s Thanksgiving Day Parade And NYC From Your Home

There is no more iconic testament to the all-American holiday of Thanksgiving than the Annual Macy’s Thanksgiving Day Parade held in New York City. This festive event, known for its gigantic balloon floats, its association with the Macy’s department store brand, and flagship Herald Square location, is arguably the world’s largest parade of the year. With approximately 3.5 million physical attendees who line up live along the parade route and more than 50 million viewers who tune into the English and Spanish language broadcasts, the parade has become part of many family traditions across the world. Every year millions of tourists travel to NYC to enjoy this grand affair which serves as the kick-off to the holiday season for the entire country. 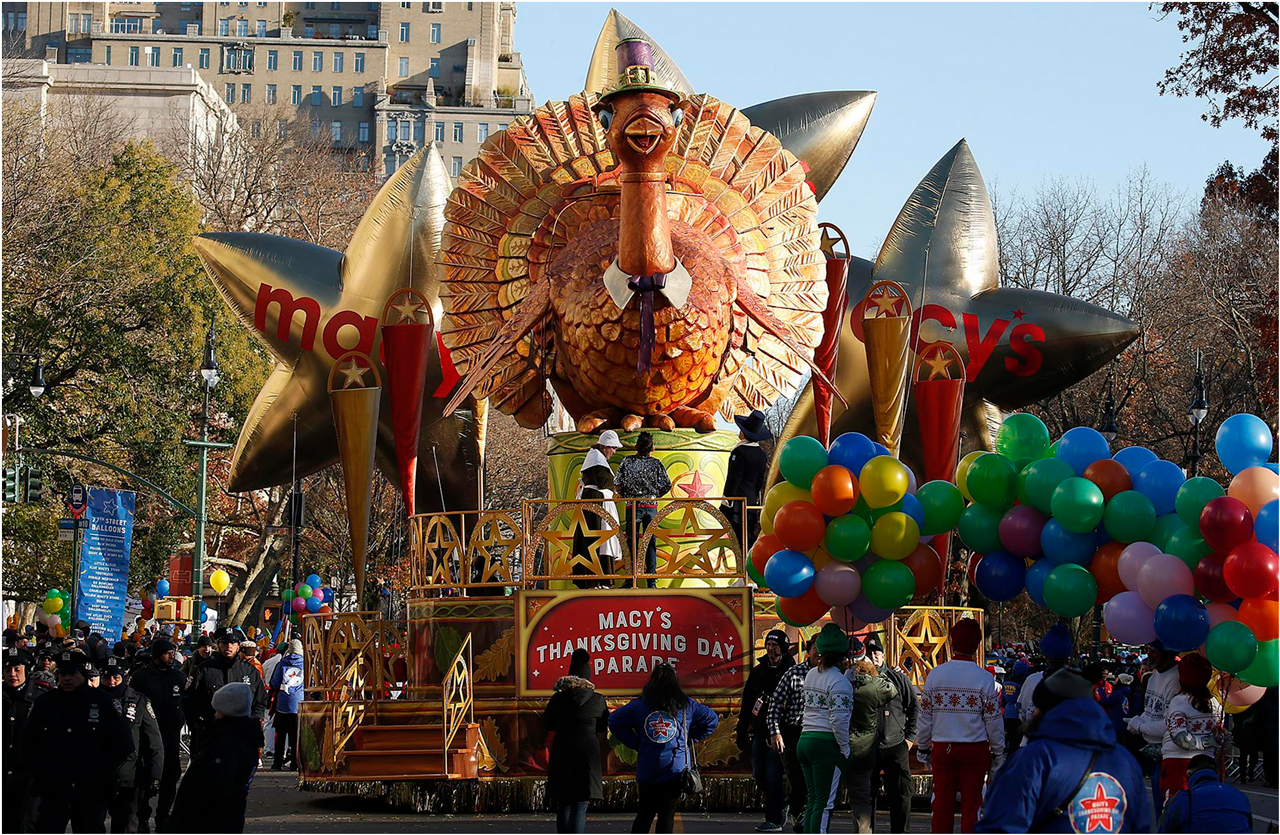 While there were fears that this year’s pandemic might lead to a cancellation of the parade, the event organizers have responded admirably to safety challenges by producing an event that will be optimized for TV viewing instead of physical attendance. The entire experience will also be enhanced for online participation through social media.

In a statement, on the parade website, Macy’s describes the new format and its emphasis on safety:

In order to avoid gathering large crowds of spectators along our traditional 2.5-mile route in New York City, we have shortened the route to focus solely on the last section of our annual march. On Thanksgiving Day, we will showcase our annual celebration’s signature balloons, floats, performances and herald the arrival of Santa Claus, in front of Macy’s famed flagship store on 34th Street for our national television special on NBC.

To ensure a safe experience for all involved, we are not marching down the streets of Manhattan this year and instead will bring all the magic of this American tradition to you on television and online. In preparation for this one-of-a-kind celebration, the Macy’s team meticulously reviewed every area of the Parade playbook to put in place enhanced health and safety practices that align with CDC guidelines, as well as local and state government protocols.

This change will allow millions of New Yorkers and the nation to safely experience Macy’s beloved spectacle from the comforts of their home.

The best way to enjoy the event this year is to begin by first visiting Macy’s Parade 101, reading the overview and then watching the engaging and informative videos with your friends and family. For those with younger children, there are amazing printable resources that can add a whole new dimension to the parade experience. Those that are social media-inclined can participate using the hashtag #MacysParade and join the millions of other global participants online. The actual parade will be televised beginning at 9 AM Eastern Time on NBC and will be broadcast until noon.

For the first time in history, this amazing spectacle will be optimized for those of us participating from home. Who knows, this might start a whole new set of traditions where people actually make the parade the cornerstone of their Thanksgiving Day celebrations with loved ones, no matter where in the country or world they are watching from.