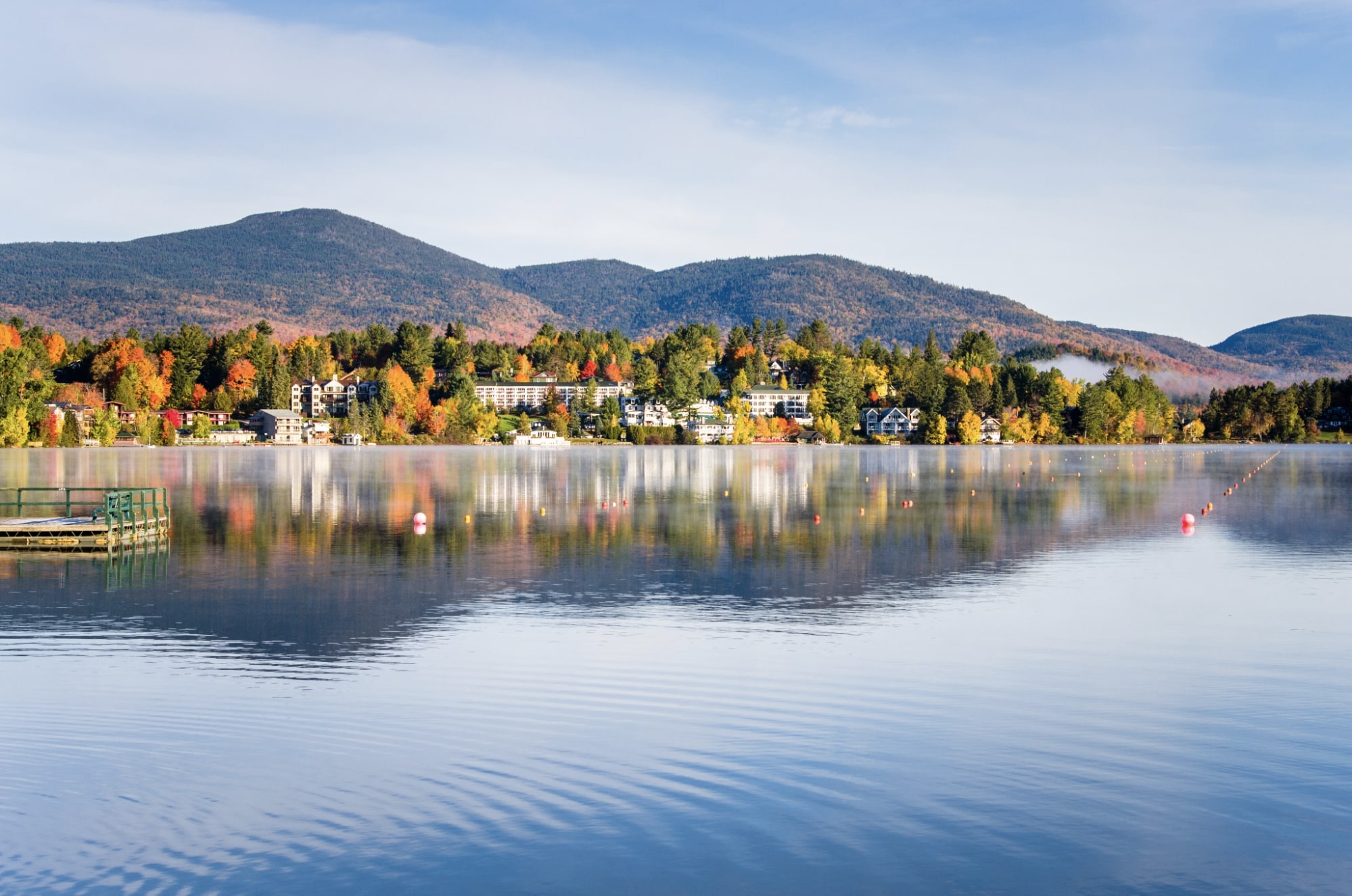 The name Lake Placid evokes a sense of serenity, and rightly so. Lake Placid hosted the Winter Olympics in 1932 and again in 1980. On a still night, you can imagine the roar of the Olympic faithful amid the many gold medal quests.

The Adirondack community of 3,000 is one of only three places to host the Winter Olympics multiple times. The other two are Innsbruck, Austria, and St. Moritz, Switzerland.

History of Lake Placid and the Olympic Village

Melvil Dewey dreamed of transforming Lake Placid into a winter resort. He refused to listen to the skeptics and the naysayers. In 1904 he imported winter sports equipment from Europe. Lake Placid village became the nation’s first winter resort.

In 1980, 1072 athletes from 37 countries arrived at the Olympic Village for the 13th Winter Games. They are forever associated with “The Miracle on Ice,” a hockey game pitting the heavily favored Soviet team against the Americans.

“Do you believe in miracles? Yes! are the words millions of winter sports fans instantly recognize to this day. Al Michaels made the call in the waning seconds of the game when a Team USA victory was certain. Two days later, the Americans came from behind to defeat Finland for the gold medal.

You can experience the Olympic venues to this very day. With the exception of Whiteface Mountain, all are in and around Lake Placid.

The Olympic Center is the heart of the Olympic experience. It is here you’ll find the 1980 Herb Brooks Arena and the Olympic Speed Skating Oval. The U.S. men’s hockey gold was one of six that Team USA won at Lake Placid in 1980. Speed skating phenom Eric Heiden won the other five.

Mt. Van Hoevenberg is home to the only combined bobsled, luge, and skeleton track east of the Rockies. The Cliffside Coaster runs alongside the 1980 Olympic bobsled track. It is the longest mountain coaster in the country. Take in the exquisite views during your ride down the mountain.

Here’s where you’ll find the Cross-Country Skiing & Biathlon Center as well. In 1980, athletes competed on the trails and the biathlon shooting range. Today, skiers enjoy more than 50 kilometers of groomed trails.

The Olympic Jumping Complex is just outside of Lake Placid. Here, ski jumpers may remain airborne for more than the length of a football field! Skyride, a newer eight-person gondola, takes you to the base of the towers. From there, a 26-story elevator whisks you to the sky deck atop the 120k tower. Savor breathtaking 360-degree panoramic views of Lake Placid and the Adirondack High Peaks.

The Sky Flyer Zipline simulates the rush of ski jumping. As you descend 700 feet from the top of the 70k tower, you’ll reach speeds of up to 30 mph.

Whiteface Mountain’s 3,429 feet vertical drop, ranking it second in the Eastern U.S. At more than two miles long, the Wilmington Trail is the longest intermediate run in the Northeast. Eleven lifts deliver skiers to 87 trails. Thirty-eight percent are Expert, 42 percent are Intermediate, and 20 percent are Beginner.

Accomplished skiers may take on the 35 acres of off-piste wilderness terrain. The double-black area includes dense glades and steep chutes. Whiteface also offers two terrain parks and a half pipe. Before you leave for your Lake Placid vacation, get in the mood by checking out the mountain’s webcams.

Places to Stay in Lake Placid

The Hampton Inn & Suites Lake Placid is on the waterfront at Mirror Lake. Select rooms feature large balconies with Adirondack chairs. The hotel is near the Olympic Center and the 45-hole Lake Placid Club golf complex.

The rustic feel of the Best Western Adirondack Inn is the perfect touch to your holiday. The inn is next to Mirror Lake Beach, across the street from the Olympic Center.

Lake Placid and the Olympic Village is a beautiful place to take in American Olympics history. It makes for a perfect getaway to spend time taking in the sights and sounds of the Winter Olympics at the venues and museums. Guest ReservationsTM has you covered with over 100,000 lodging options worldwide. Check out our hotel booking options for Lake Placid and the Olympic Village to help you find the perfect fit for your next vacation.