Visiting These College Towns Is Always A Win—Even Beyond Gameday

Anyone that tells you that college towns are only enjoyable for students hasn’t been to the right college towns. There are hundreds of niche areas spread across the United States that host some of the best music, food, and gameday atmospheres year in and year out. When provided the chance, these are the college towns you have to put on your travel bucket list, even when it isn’t a game day.

Don’t worry about gameday, come to these towns for the food.

Known for its academics and basketball, Chapel Hill quietly hides one of the best food scenes in the country. The Tar Heel town isn’t short of options. You can find plenty of meals you won’t soon forget, no matter the time of day. For breakfast, check out the Root Cellar. They serve breakfast until 2 p.m. daily, allowing for late risers to still get their hands on made from scratch pastries and other chef specials. Looking for a lunch spot? Kipos Greek Taverna can be found on the western end of the famous Franklin Street. Local restaurateur Giorgios Bakatsias started the restaurant to honor his home country and specializes in meals he frequently ate during his childhood. To top off the day, an evening at City Kitchen is recommended. Every time one of their “Give Back Cocktails” is ordered, five dollars is donated to a local non-profit. To complement a night of corporate giving, the five-hour roasted beef short ribs or the pan-crisped trout from the NC Mountains is recommended. If your mouth isn’t watering just yet, there are dozens of other highly reviewed joints waiting for your arrival. 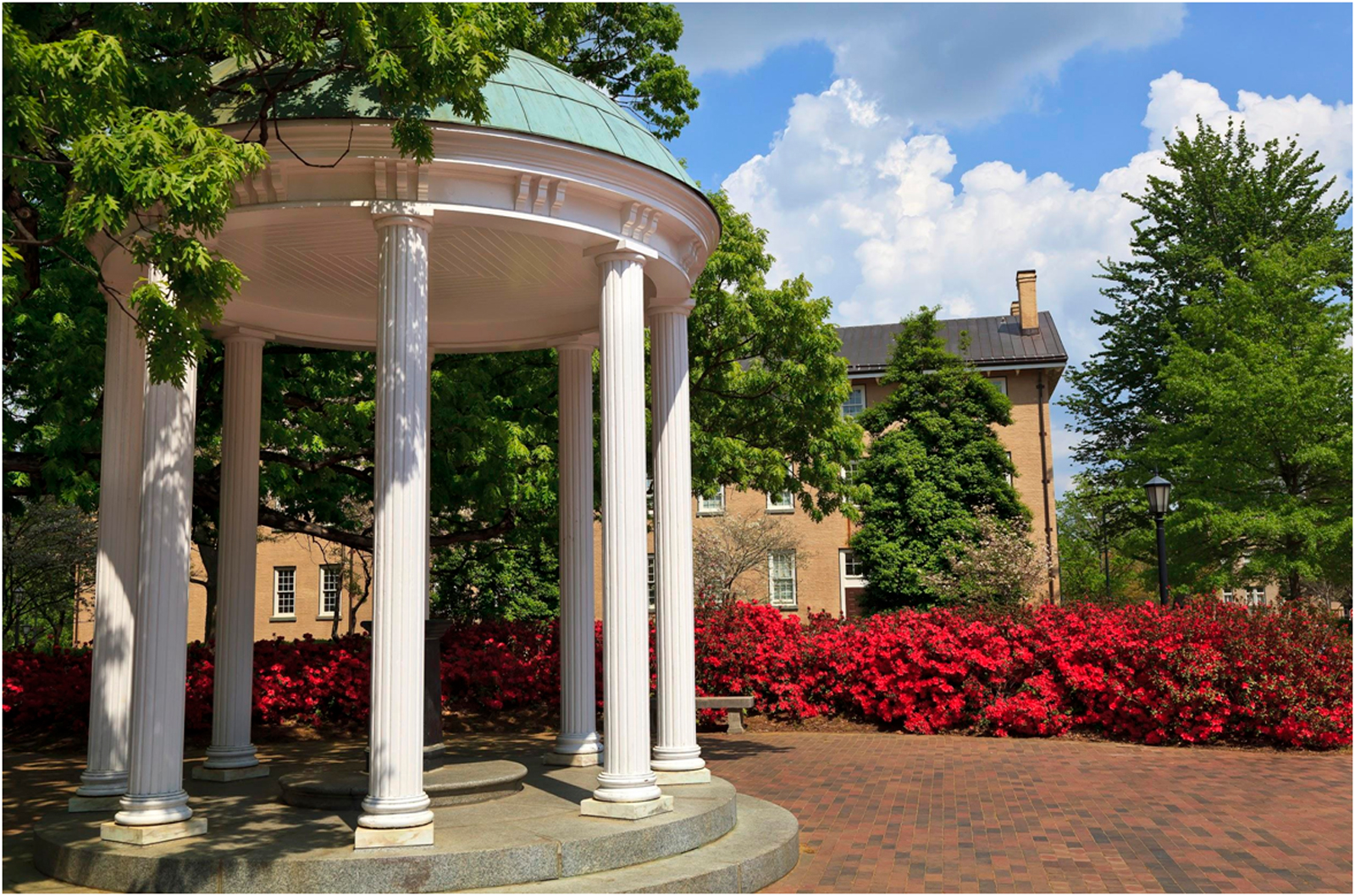 If you’ve been to Madison, you know beer and cheese are only the tip of the iceberg for Wisconsin. From French cuisine to Himalayan stew, there is a bit of everything to be found in the home of the Badgers. For those who turn to fresh coffee and pastries as essentials, look no further than Batch Bakehouse. From croissants to coffee cakes, it is pretty difficult to go wrong. For a hold-over lunch, the place to go is Monty’s Blue Plate Diner. Located in a renovated gas station, Monty’s provides a diverse menu highlighted by Madison classics such as the Sheldon and Meatless Loaf of the Gods. Before ending the night, head over to the Old Fashioned for a drink and classic taste of Wisconsin. The Wood-grilled 16 oz with tiger sauce always receives high reviews. 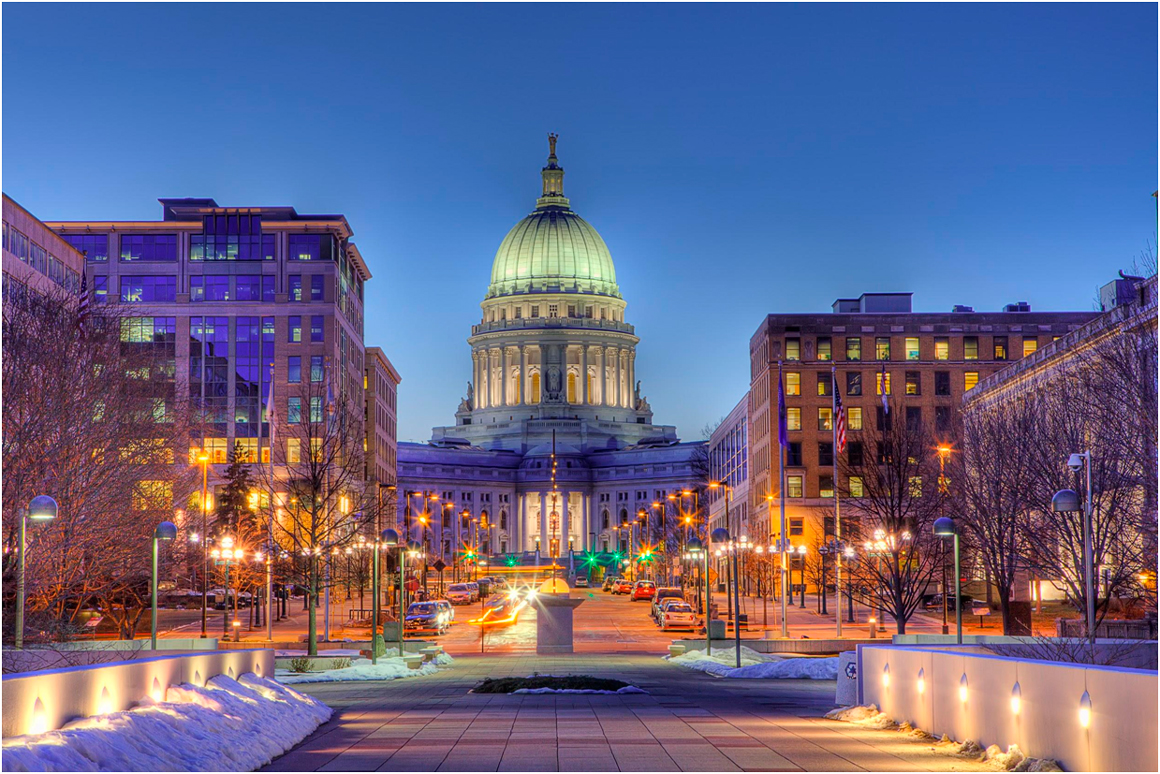 Come for the football, stay for the music.

It’s no secret that Athens locals are avid fans of football. What may be a surprise are the shows and venues for music fans. The birthplace of music icons such as REM, the B52s and Widespread Panic, Athens has made a name for itself in the music industry and has earned the national spotlight more than once. The largest acts play at the city’s Civic Center to crowds north of 5,000. However, locals will tell you the best venues in town are the ones that can barely fit 1,000 attendees. The Georgia Theatre hosts shows weekly inside of the venue, as well as on its rooftop, hosting major acts such as Kenny Chesney, John Mayer and Willie Nelson within the past five years. The real magic occurs in the hallowed grounds of the 40 Watt Club. The 400-person venue has seen just about everybody come through its doors on the way to fame and fortune. Nirvana, Snoop Dog, The Strokes, Kings of Leon, and The Killers are just a handful of global icons that have performed on the historic 40 Watt stage, and famous musicians are known to come back and play surprise shows for locals just to reminisce. 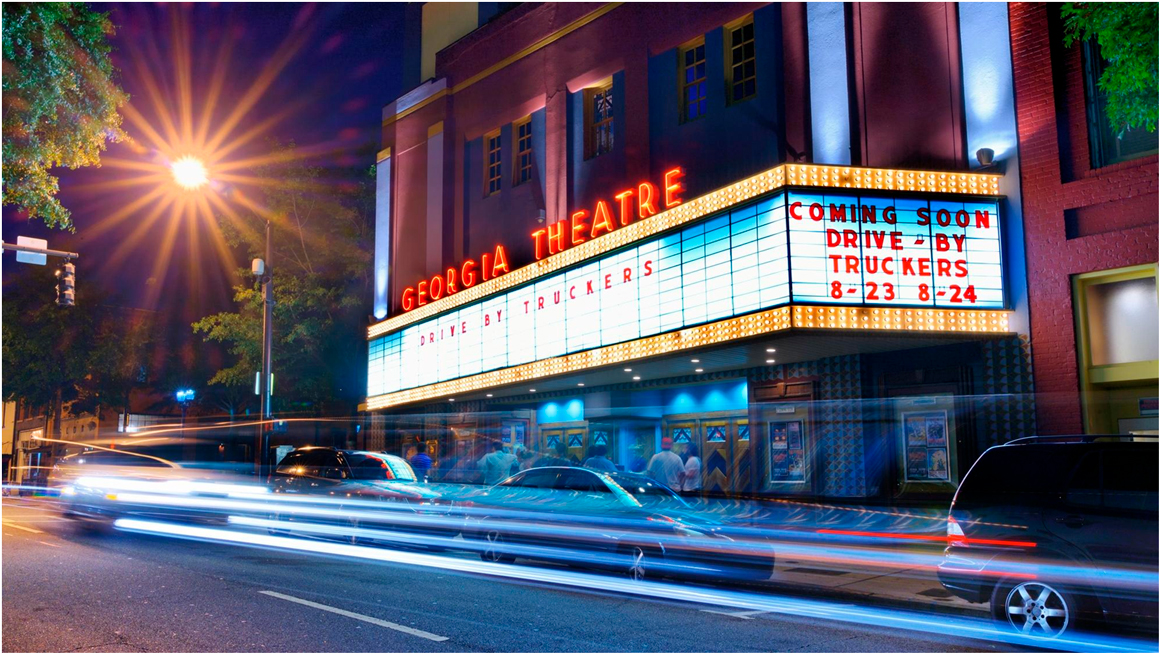 While one of the most cherished football programs in the nation, the University of Texas has competition from the undying music scene found in the heart of Texas. Austin became a frequent stop in the 20th century for legends such as Elvis Presley, Tina Turner, Hank Williams and BB King, and since, has played host to thousands of artists spanning across all genres. The biggest events of the year are the South by Southwest showcase and Austin City Limits Music Festival. Outside of these major festivals, classic venues, such as The Spoke, can be found all over the city. The Dust Old Saloon has hosted several superstars over its 50 year history such as Willie Nelson, Dolly Parton, and George Strait. To satisfy the taste for more modern flair, head over to Cheer Up Charlie’s. Charlie’s is a vegan, LGBTQ+ friendly lodge-like bar known for its variety, including the occasional karaoke night. 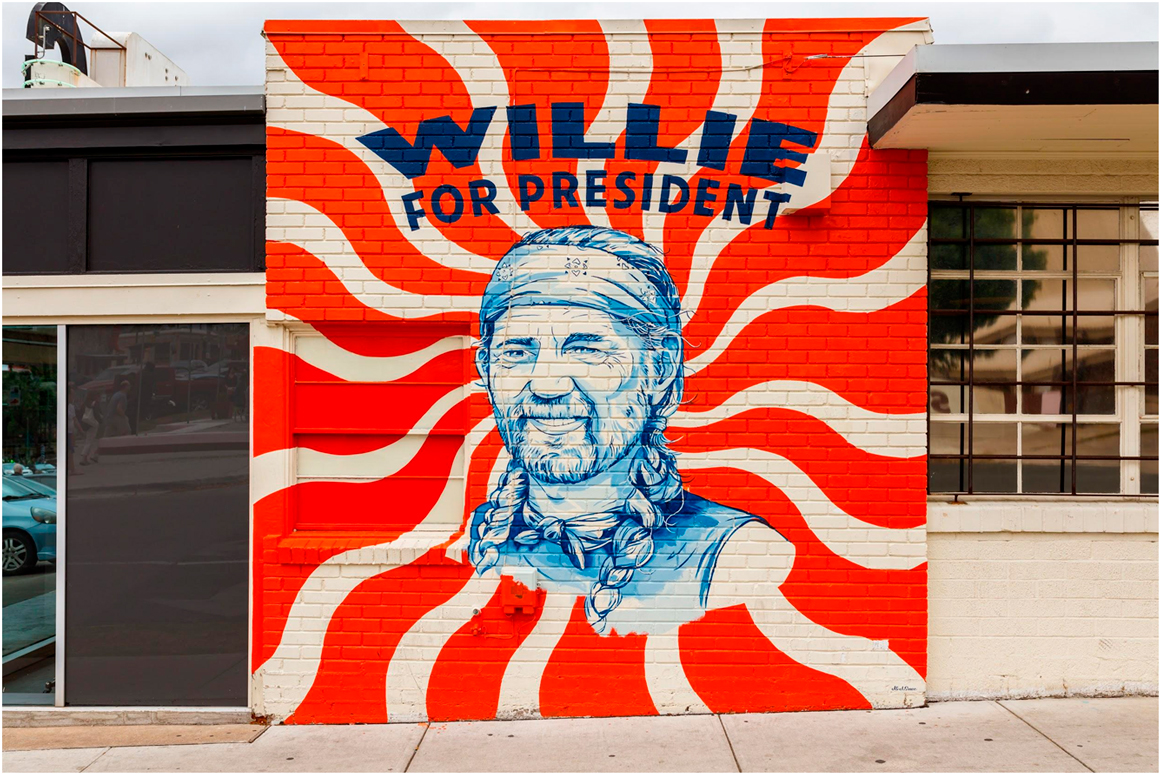 If it’s not a Saturday in the Fall, you’re doing it wrong.

Celebrated as the team with the most wins in college football history, it doesn’t take much to draw a football fan to come see the Michigan Wolverines. Once they make it through entry gates, fans get to experience the largest stadium in the world. Michigan currently holds the attendance record of over 113,000 people. The receding bowl shape allows for a good view from any seat in the house. Not only did Michigan avoid the tradition deck style seating, they avoided putting any objects that might obstruct the line of sight of fans to keep one of the best viewing experiences in college football. If football isn’t your thing, Michigan is also known for its marching band and famous fight song, “The Victors”. The Michigan Marching band puts on a dazzling performance before the game, after and during the halftime…and the fun doesn’t stop there! Not only is Ann Arbor filled with amazing restaurants prepared to handle the gameday crowd, the city also has transportation down to a tee. Shuttles cost under $5 and will get you to and from the stadium to help navigate through the hectic gameday scene. 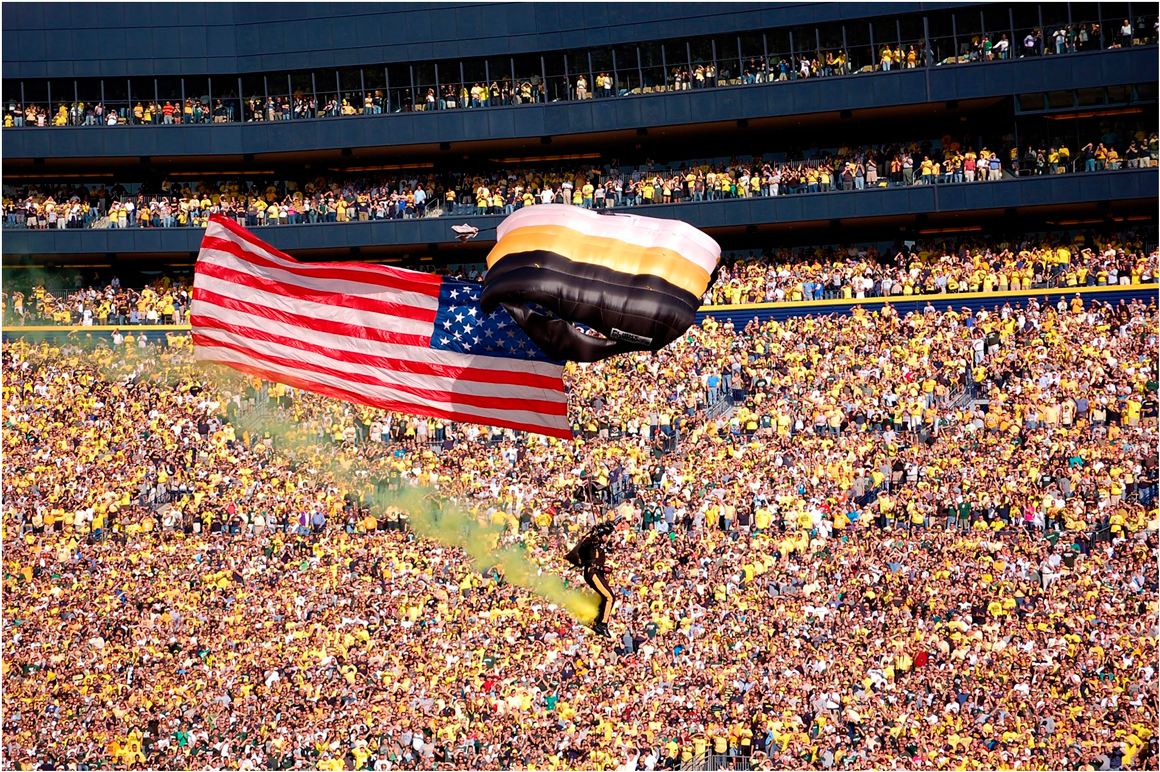 On Saturdays in the Fall, things change, and there is no better example of that than Oxford. Famous around the country for its game day experience, whether the Ole Miss Rebels score or not, it’s always a fin for attending fans. While fine southern dining and SEC football are draws of their own, the Grove is what brings thousands of people to the small town six Saturdays every Fall.

During the week, the Grove is the grass heart of campus. Tall trees and fresh cut green grass provide students with an on-campus sanctuary to escape the stresses of school. Starting on Fridays in the fall however, things begin to change. Trash cans start popping up during the day along with canopies. Overnight, the grass quad is transformed into the largest tailgate in the country housing thousands of people every Saturday on only 10 acres of grass. Cutting through it all is the walk of champions, the path the Ole Miss football team must walk through to get to the stadium. Whether it’s catching your favorite player at the walk of champions, or funneling a beer under a canopy in the grove, Oxford is a college football paradise. 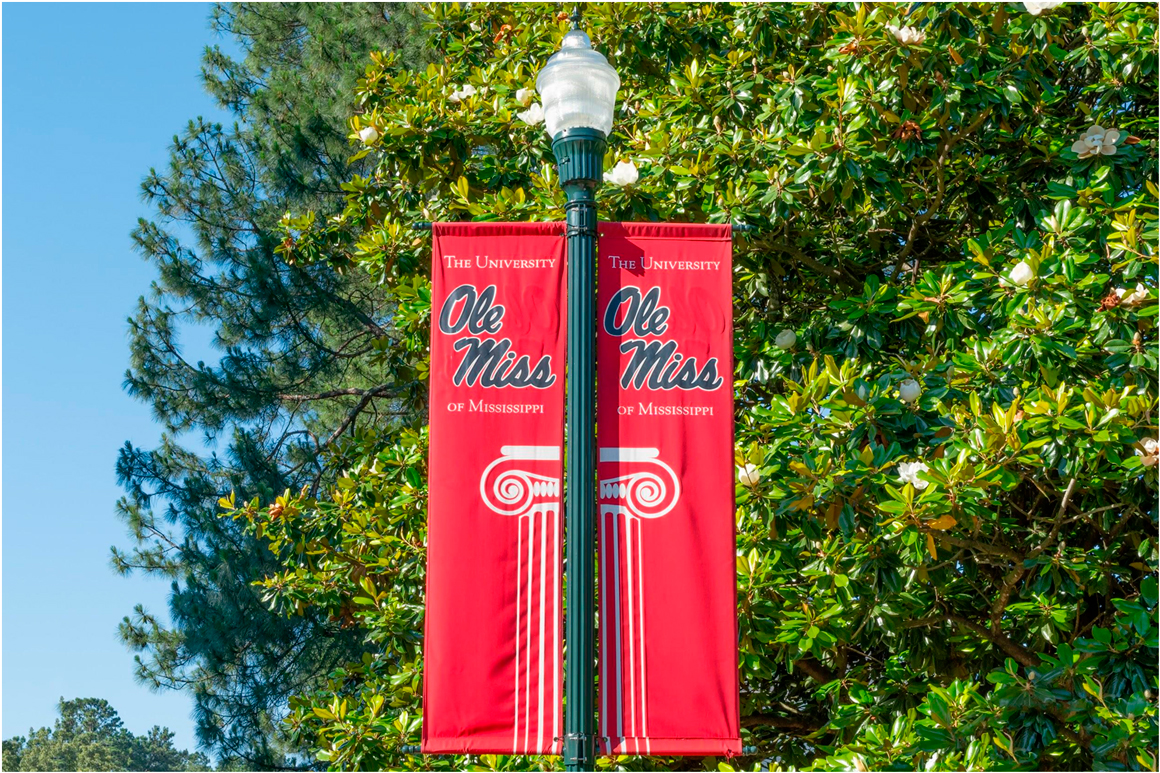 There are hundreds of college towns across the country waiting to be explored. Use Guest ReservationsTM to help book your trip.