Property Location
With a stay at Hotel Arosa, you'll be centrally located in Madrid, steps from Plaza del Carmen and Casino Gran Via. This 4-star hotel is close to Plaza Mayor and Prado Museum.

Rooms
Make yourself at home in one of the 126 air-conditioned rooms featuring minibars. Complimentary wireless Internet access keeps you connected, and satellite programming is available for your entertainment. Private bathrooms with shower/tub combinations feature complimentary toiletries and bidets. Conveniences include safes and desks, as well as phones with free local calls.

Amenities
Make use of convenient amenities such as complimentary wireless Internet access, concierge services, and a television in a common area.

Business, Other Amenities
Featured amenities include limo/town car service, a computer station, and complimentary newspapers in the lobby. A roundtrip airport shuttle is provided for a surcharge (available on request). 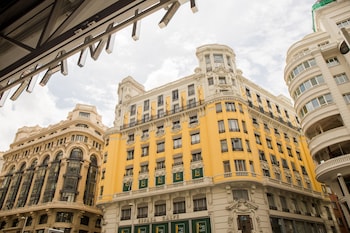 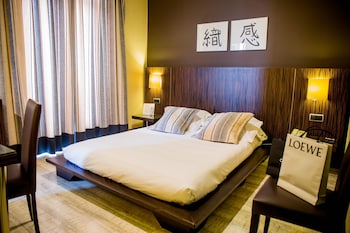 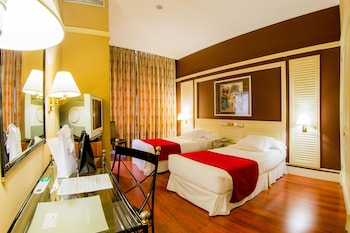